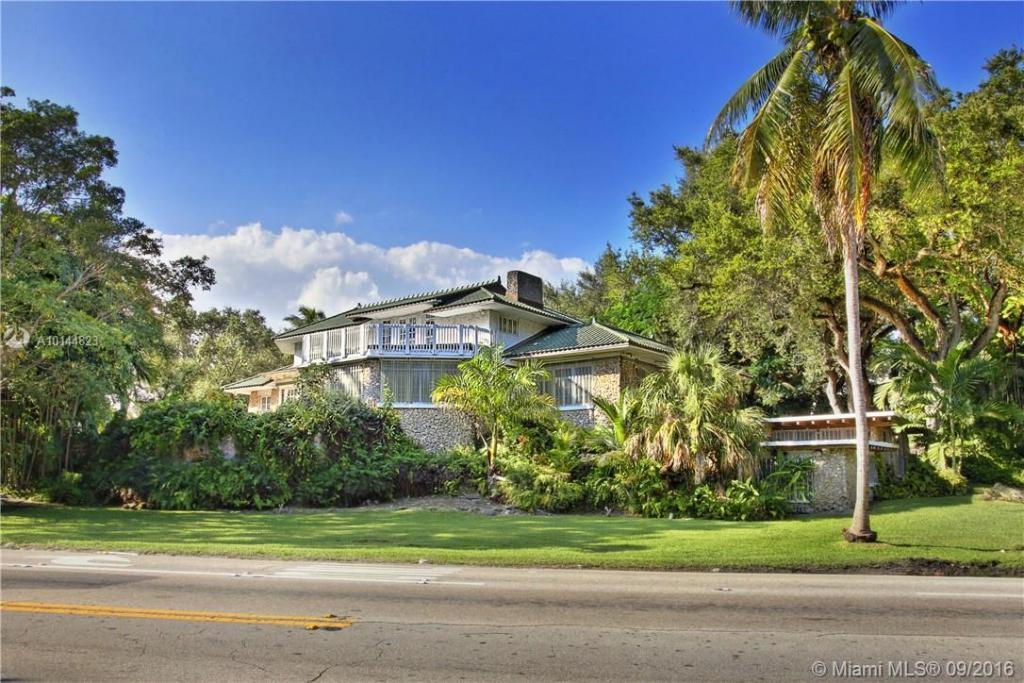 If you’ve ever driven into Coconut Grove along South Bayshore Drive you’ve surely noticed this home sitting high on a coral rock bluff. Located at 1665 South Bayshore Drive and built in 1915 by German architect George Pfieffer, the home has an old Florida style with coffered ceilings, a keystone fireplace and original brown glass windows. The property has 4 bedrooms, 3 baths and is located on a half acre lot. The property has just traded for $1,450,000 or $437.00/square foot (previous sale was for $1,600,000 in 2018).

One thing I love about this property is that you can clearly see the coral rock ridge that was formed 130,000 years ago. This ridge, made up of Oolitic Limestone, is one of the highest elevations in Miami Dade County. The bluff was formed by wave action thousands of years ago when the sea level was only 8 feet higher than where it is today. It is known as a “wave-cut bench” because it was formed by wave action and is part of a 2 mile long terrace between the Miami River and Coconut Grove.

This house has an interesting piece of history that many of you may not know. It was the site of a notorious murder in 1986. A well known real estate developer named Stanley Cohen was murdered here in the early morning hours of March 7th. His wife, Joyce Cohen was a suspect. In what was a widely publicized trial she was eventually found guilty of murder-for-hire and sentenced to life in prison.