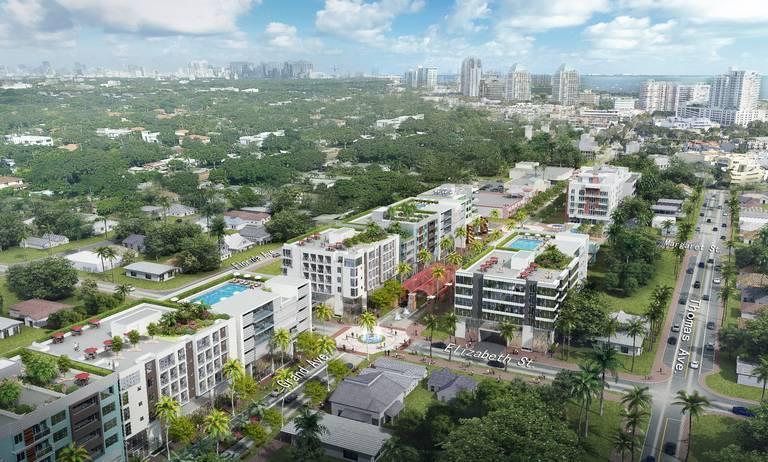 The most recent attempt by a developer to remake large portions of Grand Avenue has once again failed. Metronomic Holdings, a Coral Gables based firm, had big plans for the corridor that connects the West Grove with the downtown village. The project was to be made up of dozens of buildings including a micro-unit apartment building, boutique hotel and rental apartments. They were also going to provide a permanent spot for the Saturday farmer’s market. It was a $74 million dollar redevelopment project. However, this week, Metronomic filed for bankruptcy owing more than $85 million in debt. 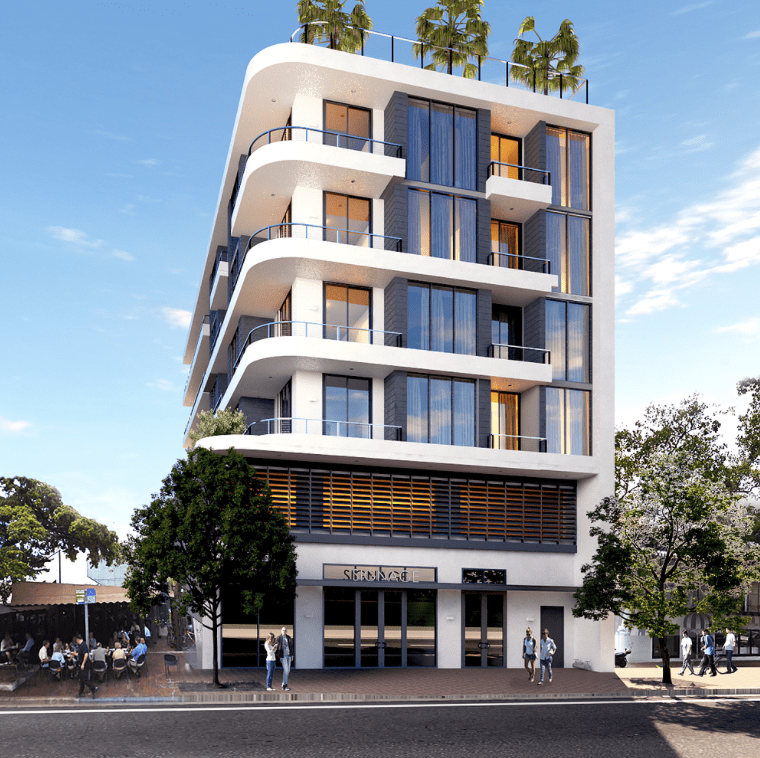 Metronomic has other projects  in Coconut Grove, some finished and some which never broke ground. The firm purchased the property at 3102 Commodore Plaza with plans to build a boutique hotel (see rendering of design above), but the site is still an empty parking lot.

They also built GroveHaus, (3265 Bird Avenue) a completed apartment building with 10 units (30,410 square feet) where rent prices range from $3,000 – $4,000 per month. A few days after the bankruptcy filing for Metronomic, a foreclosure lawsuit was filed against GroveHaus.